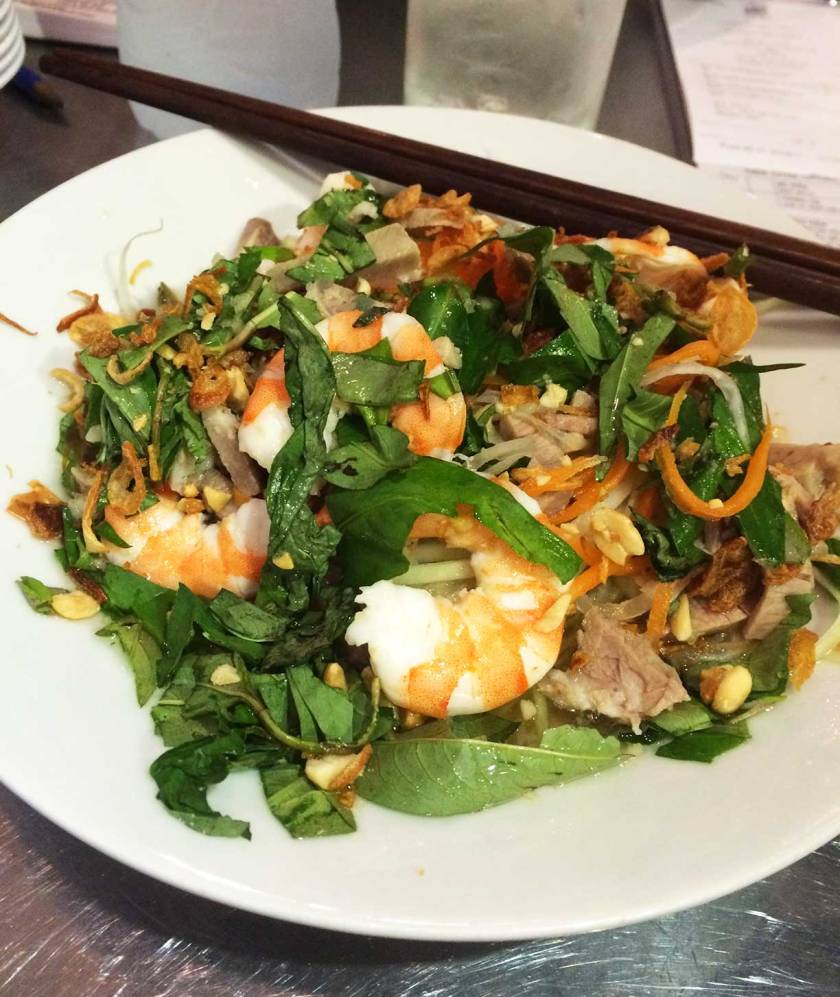 This year 2015 Singapore celebrates 50 years of independence. And it’s also been acclaimed as the world’s best country to visit due to it’s excellent shopping, rich cultural life and food culture. I skipped the shopping on Orchard road completely to focus on for me a much more important thing – the food, which was fantastic. Eating out is everyone’s favourite pastime here. Singapore is a hotpot of cuisines. Influences from the Chinese, Malayan and Indian cuisine of course as well as other Asian countries, the Middle East cuisine and pretty much from all over the world as a result from the country’s history with immigrants from many countries.

There is an endless variety to choose from. From really good and affordable street food found in the hawker food stalls, food courts to high end restaurants.

My first night I went to a hawker food court just up the road and sought out the stall which had the most customers and had a big bowl of tasty soup for nearly nothing. As I’m a soup fan I’m in paradise here. The Singaporean speciality is Laksa, a soup made of leak coconut milk, prawns, cockles, tofu, beansprouts and noodles.

A Vietnamese restaurant close by, Mrs Poh, became a favourite lunch spot for a bowl of noodle soup. Wanton Mee noodles, Chili crabs, fried carrot cake and Kaya toast and soft-boiled eggs are other specialities. I loved all the food. Though the Kaya toast and eggs, which is a traditional Singaporean breakfast requires the taste of a local I think, to fully appreciate the really soft-boiled eggs, read runny, and the old school white bread cut in triangles and lathered in coconut.

These guys at Michelin star awarded Din Tai Fung are making top notch dumplings with near surgical precision. Look how he weighs every dumpling. And of course they were delicious too!

I even found a Swedish cafe called Fika, named after the ritual Swedish everyday coffee break, and had an afternoon tea with the classic Swedish chocolate cake ”Kladdkaka” there. It took a while but then I realised that there are no fruit and vegetable stalls in the streets like there are in Shanghai and Hong Kong. I missed that. The streets become all the more dull and sterile for that.

One day I had a photo shoot at the home of Claudette. She lives in a sought after black and white apartment building from the thirties. The name comes from their white walls and dark wood trim. She took over her apartment from an architect that probably wanted to accentuate this, as he tiled pretty much all the floors in the apartment in chessboard black and white. The black and white houses and bungalows have a distinctive part in Singapore’s architectural heritage. They were built from the end of the 19th century until World War 2 as family homes for wealthy British expatriates and have elements of UK’s Arts and Crafts and Art Deco movements. 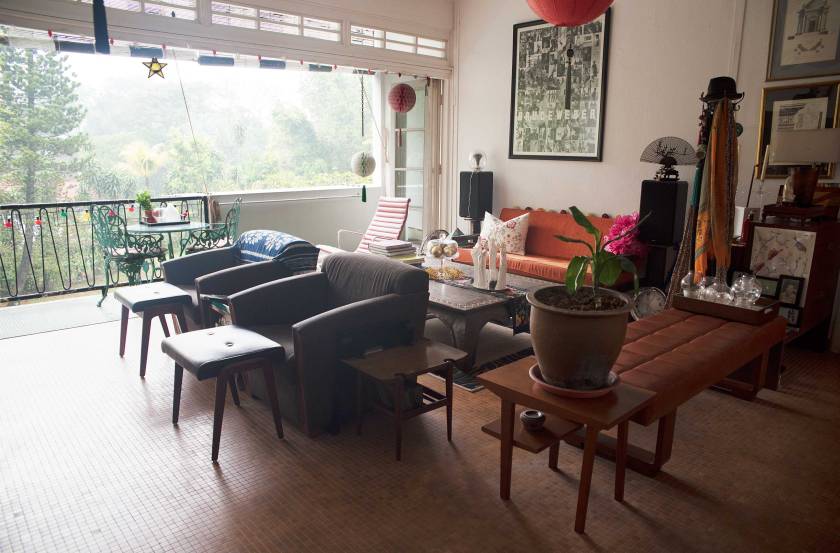 Another day I had a photo shoot at the home of Rick, a great personality, who used to host his own TV show. His home was also a black and white house beautifully set in the forest. He shared pretty much the whole of the top floor with his parents. The architecture of this house is adapted to the tropical climate here, as it has big windows on opposite sides that open up to let the wind breeze through, keeping it comfortably cool with the aid of roof fans. I love the way the nature outside flows in through the generous french doors, that can be folded back the whole width of the living room. The whole place has a very old time ambience that reminds me a bit of my own childhood home. Rick loves collecting old furniture and artefacts and he also has a lot of stories to share from his colourful life, which is very interesting to take part of. More about these homes in my upcoming book.

On Emerald Hill there’s a row of lovely old terraced houses with a very characteristic architecture. Built partly in wood with shady porches they often have frilly, ornate woodwork that is very decorative. These old shop houses are purely residential today. I certainly wouldn’t mind living in one of these! 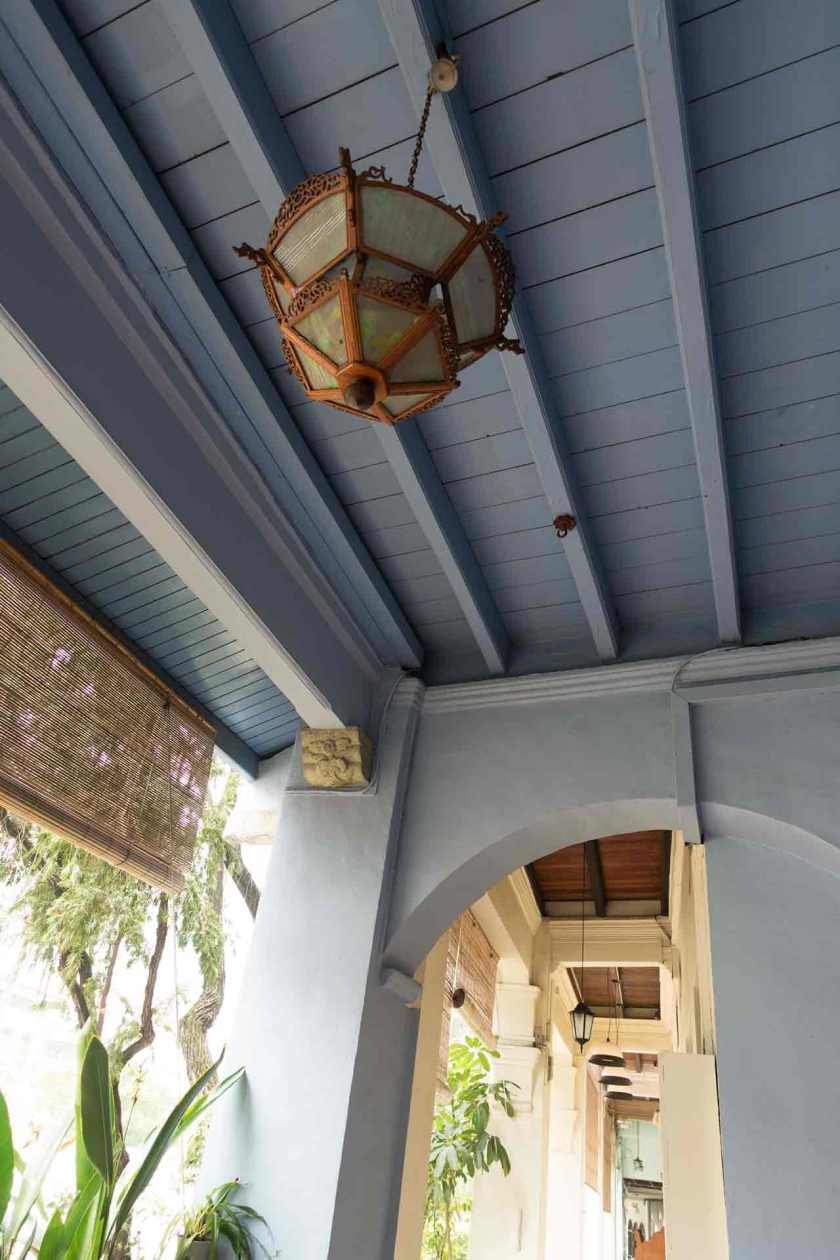 I read somewhere that in the Sir Stamford Raffles city plan of 1822 it decreed that all commercial buildings should have a five foot wide porch so that one could walk protected from strong sun and rain. An excellent idea I think that should be followed today too. Sun starved Swede as I am it was still a relief to escape the sun and walk in the shade of these passages on a hot day.

Tanjong Pagar road is also lined with the same kind of old shop houses, all painted in different colours, some more fanciful than others.

Potatoe Head Folks is a cool restaurant and bar at the beginning of Tanjong Pagar Rd. 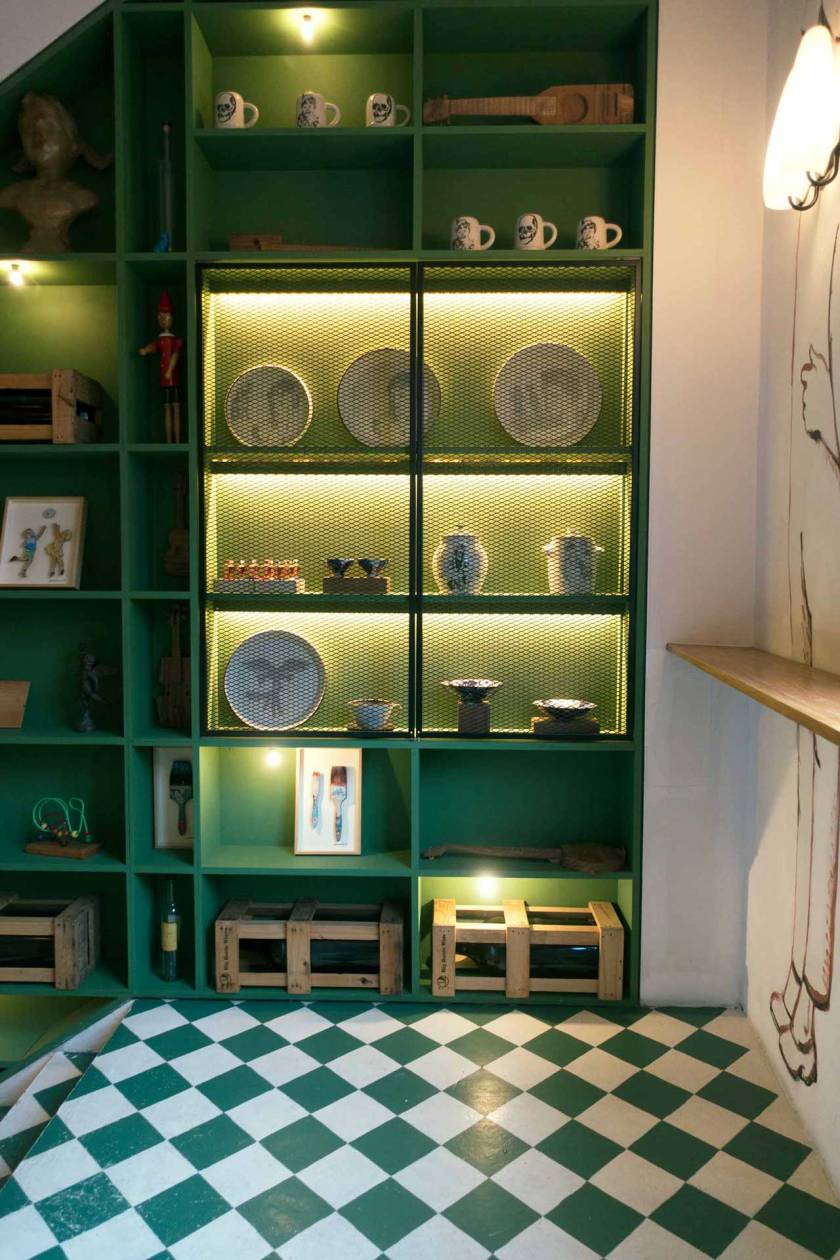 It is housed on several levels of this building and has a nice interior design. 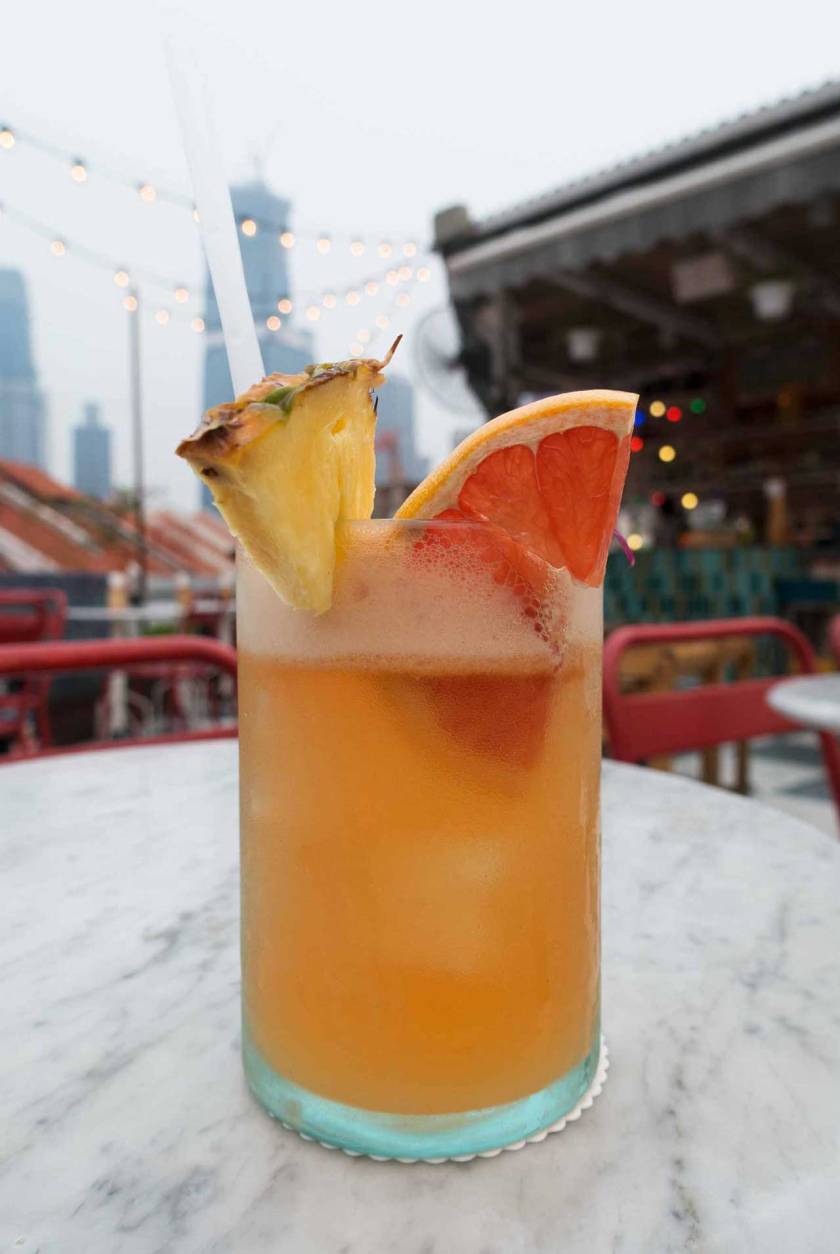 Celebrated the Full Moon & Blood Moon and a day of productive work in their bar on their rooftop with a lovely cocktail. Though the haze I even glimpsed the full moon for a short while.

Singapore Changi Airport is ranked no 1 in the world and as airports go this one is pretty special. This butterfly lives in the Butterfly Garden, a small tropical garden with a waterfall. Then there’s a Koi pond and a movie theatre. And in terminal 1 they even have a roof top swimming pool! Who ever would have thought to bring ones swimming gear to the airport?