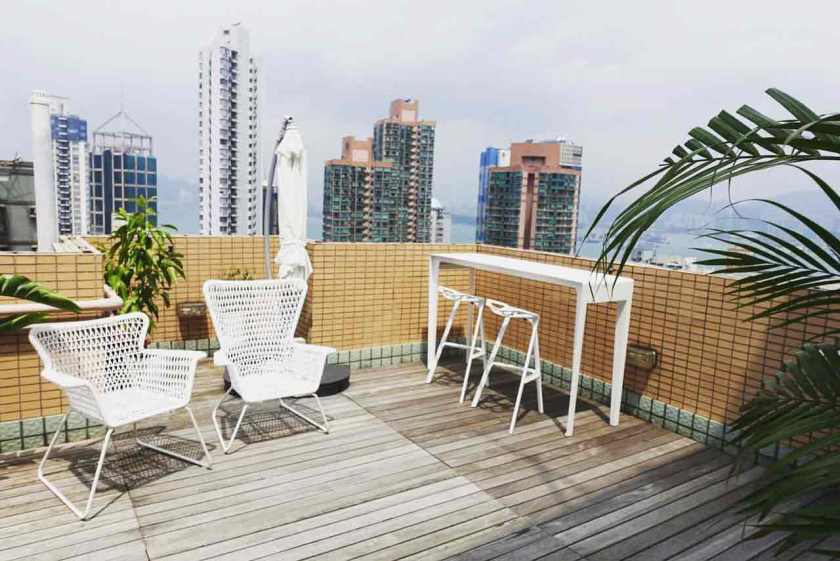 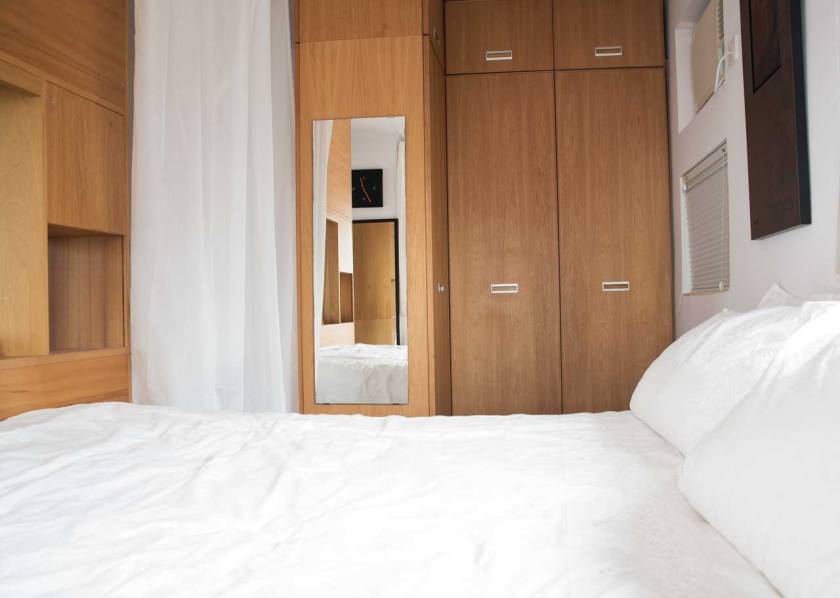 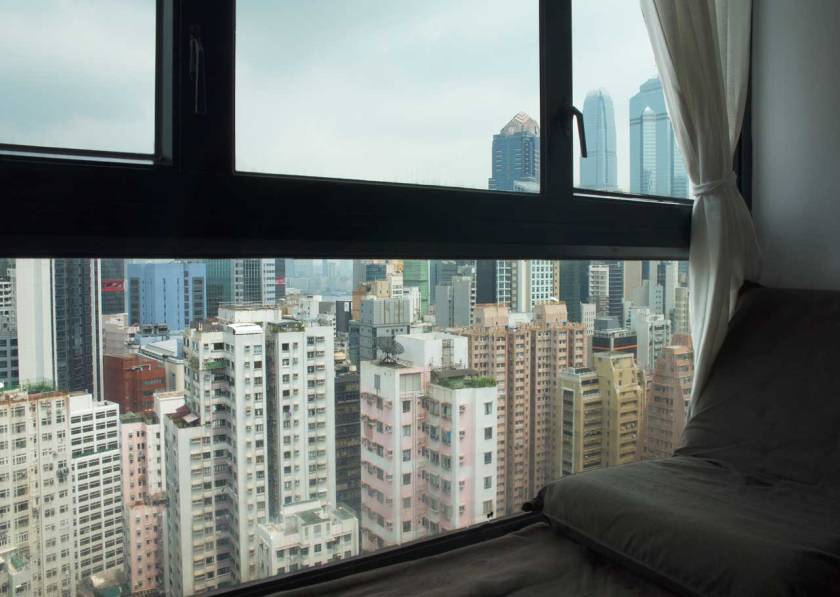 I moved to another part of Hong Kong, to a studio on the 31st floor of a high-rise with it’s own private rooftop terrace. I have always been interested small space living and this studio is a perfect example of this. The cleverly designed solutions worked very well and despite the limited floor space it didn’t feel cramped at all. I believe that the spectacular views on the three sides were a part of this but that the calm colour setting also contributed. Samuel who this home belongs to was currently working in Shanghai and therefore I could stay here. I really enjoyed living here. I liked the design and the views. And it’s location too. Not to mention the private roof terrace! How cool wasn’t that! 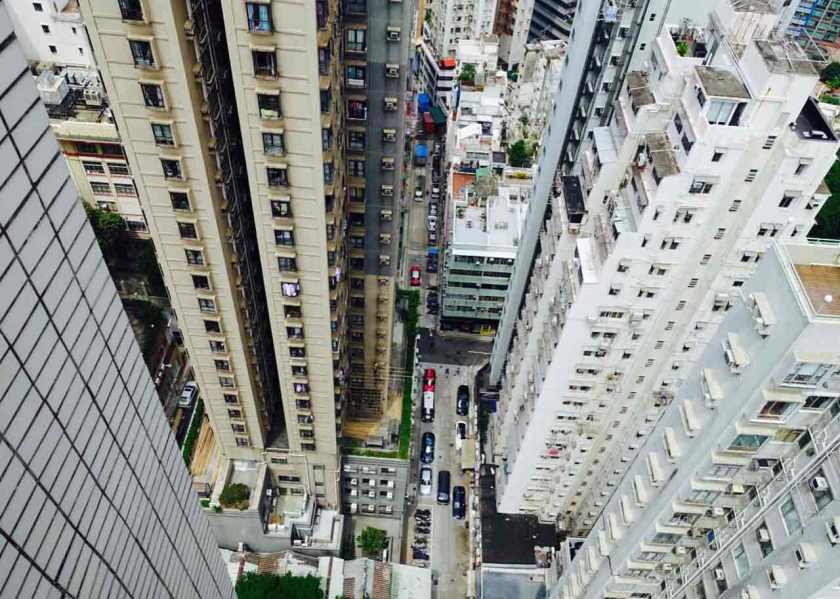 I managed during the photo shoot on the rooftop, to crouch on the edge of the roof in order to take a shot downwards towards the street way below. It was seriously scary, as I have a fear of heights. Also as it was a seriously hot and humid day, working on the rooftop left me totally faint and drenched in sweat. 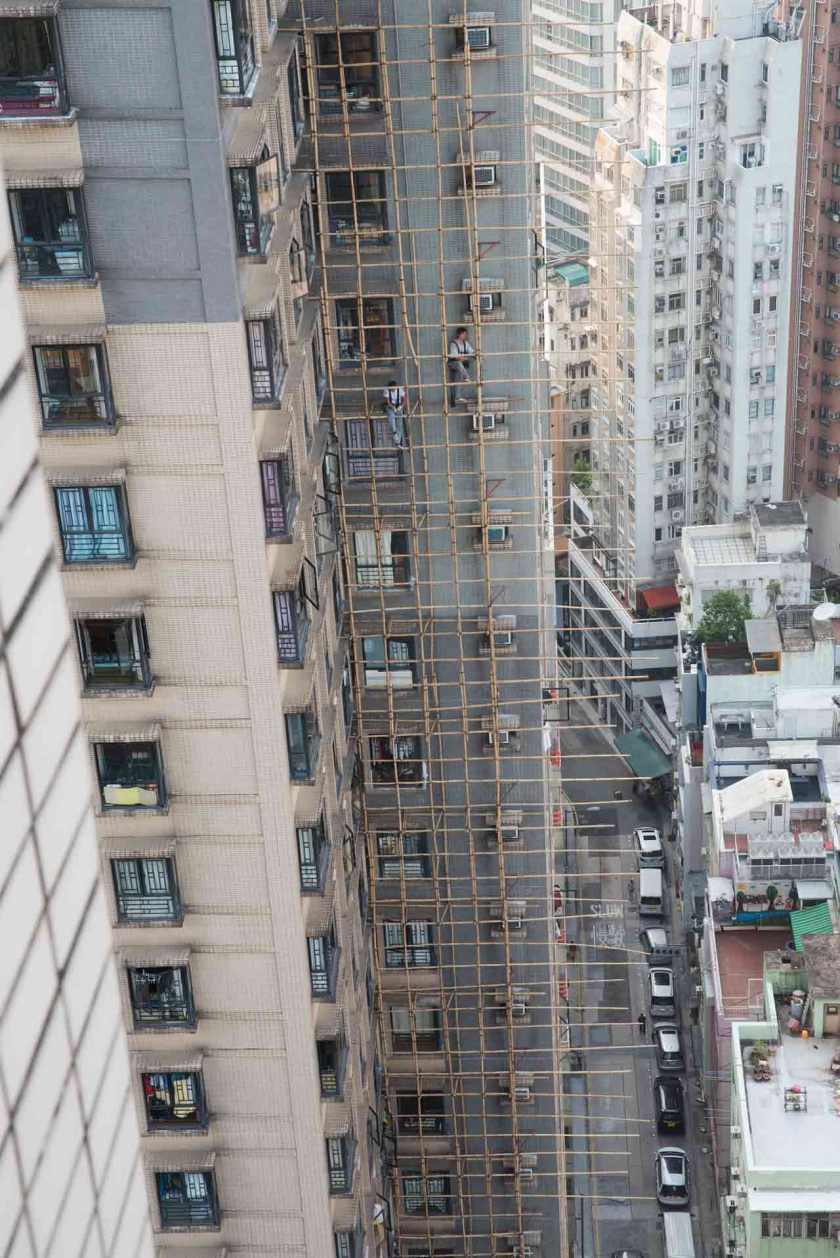 But doing so I noticed two men on the building opposite, building a scaffolding of bamboo. They had nearly reached the top. Watching them balancing seemingly totally at ease on the thin bamboo poles, hanging on the outside a building of that height was staggering. Then I thought to myself, hang on, I didn’t see this scaffolding yesterday? I checked my camera for photos I had taken the previous day. And sure enough, I had a photo of the building but yesterday it had only a few poles of bamboo visible down towards the ground. This meant that these two men had built the scaffolding in just one day. In the heat. And on a Saturday too. And here was me thinking I was working! 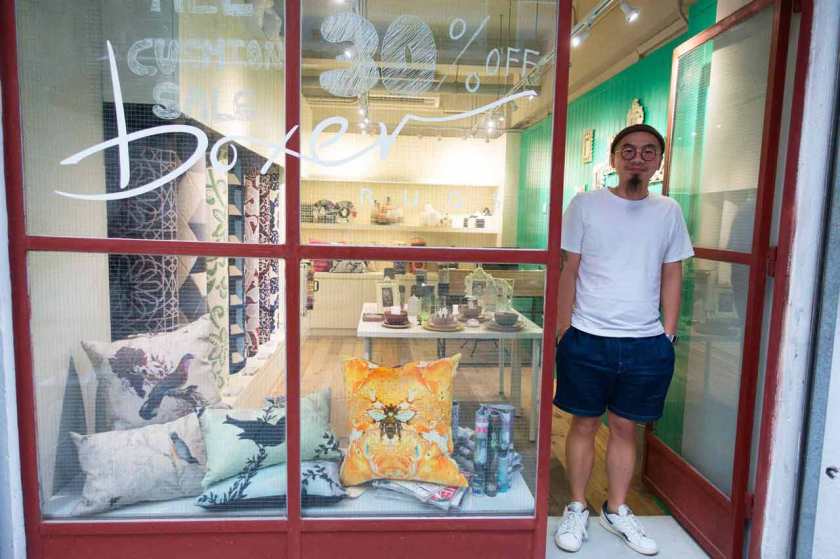 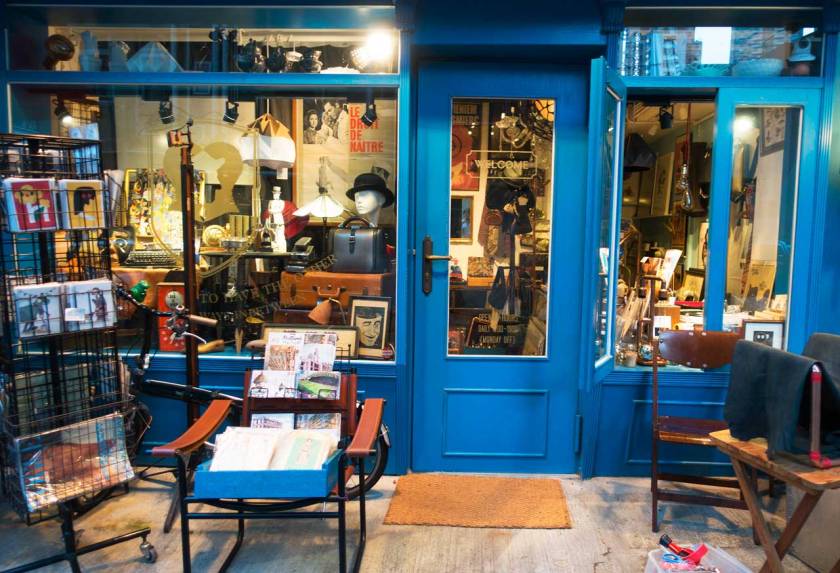 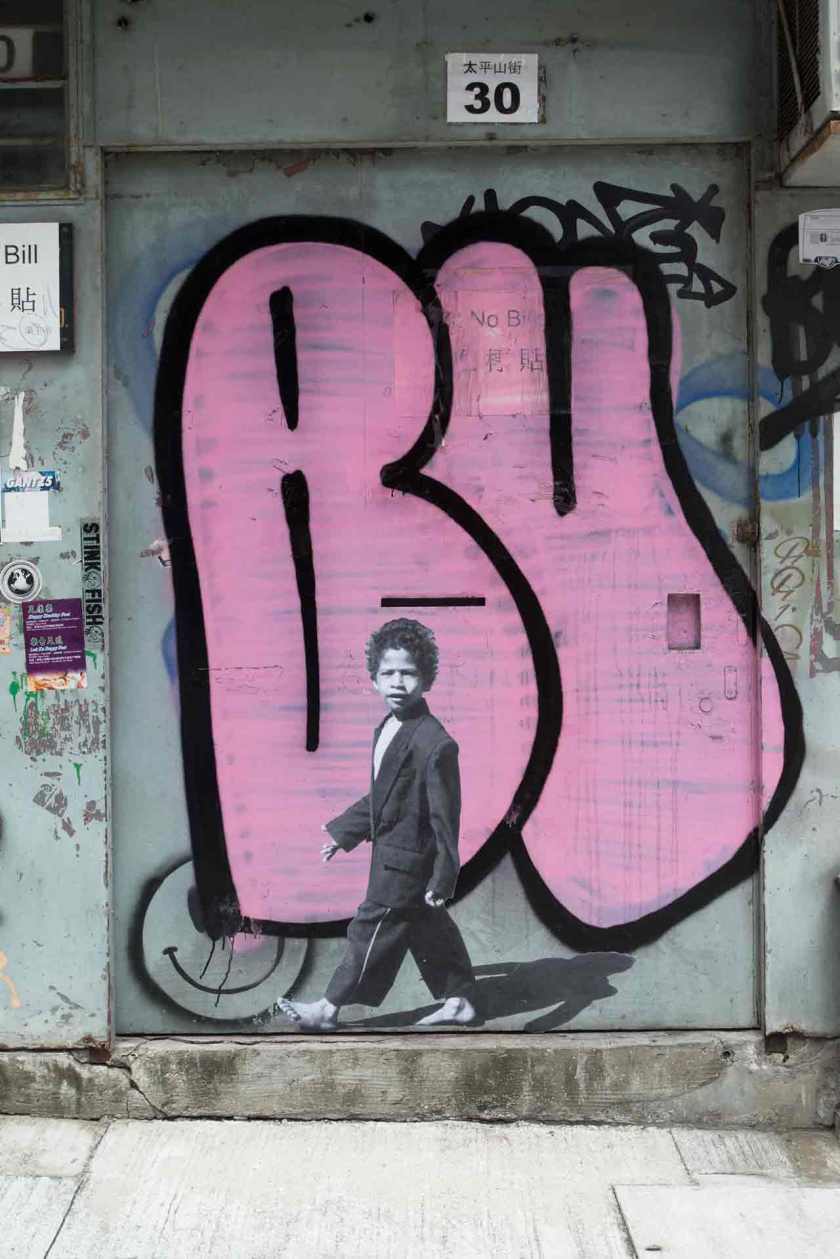 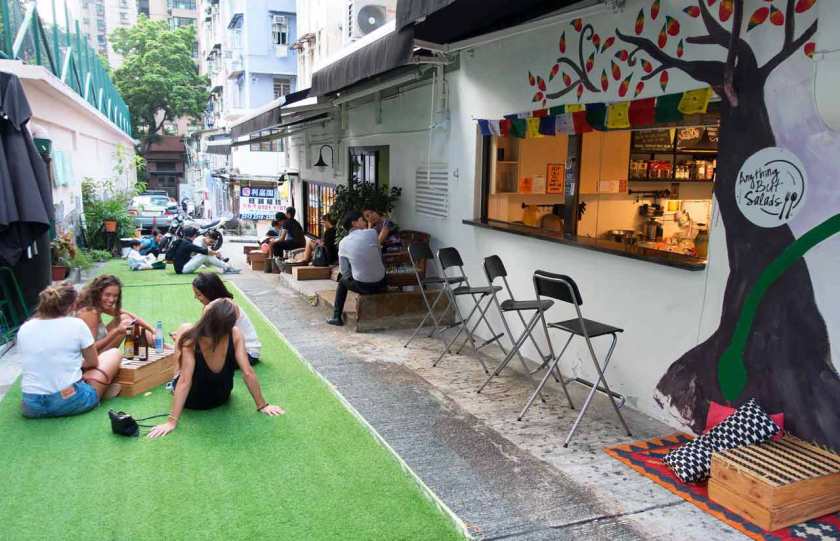 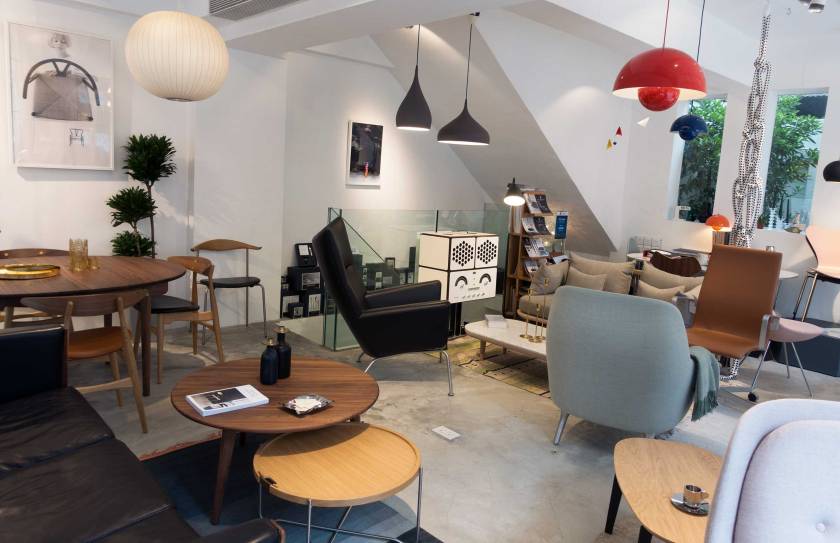 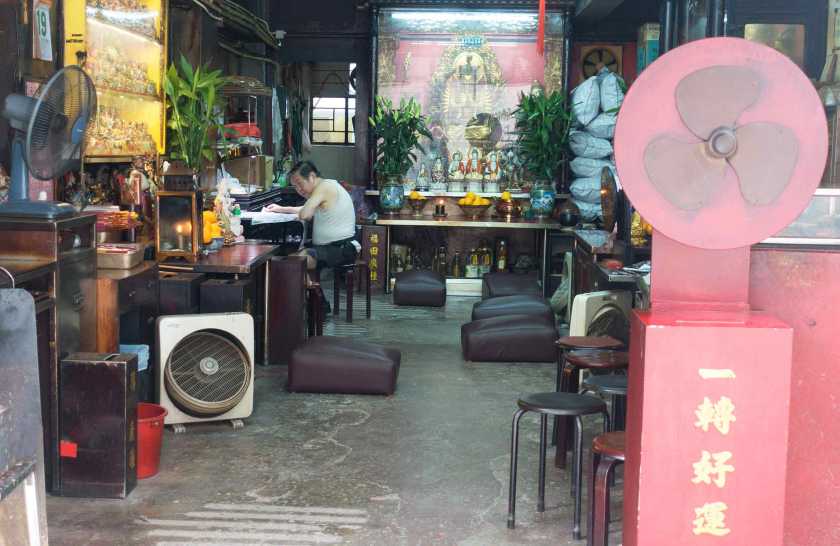 I really liked Tai Ping Shan Street, where the studio was. It’s in a trendy neighbourhood that Samuel calls PoHo, roughly between Pound Lane, Hollywood Road and Po Yan Street. It houses small independent shops, art galleries, trendy cafes and restaurants. This area is far from the shiny malls and the business area of Central. Mixed amongst the new, creative and contemporary lifestyle, side by side the old way of life is still ongoing. The temples where the elderly go in and burn candles, the old antique shops, the simple hole in the wall food stalls. All in all a very lively and interesting part of the city that I liked a lot! 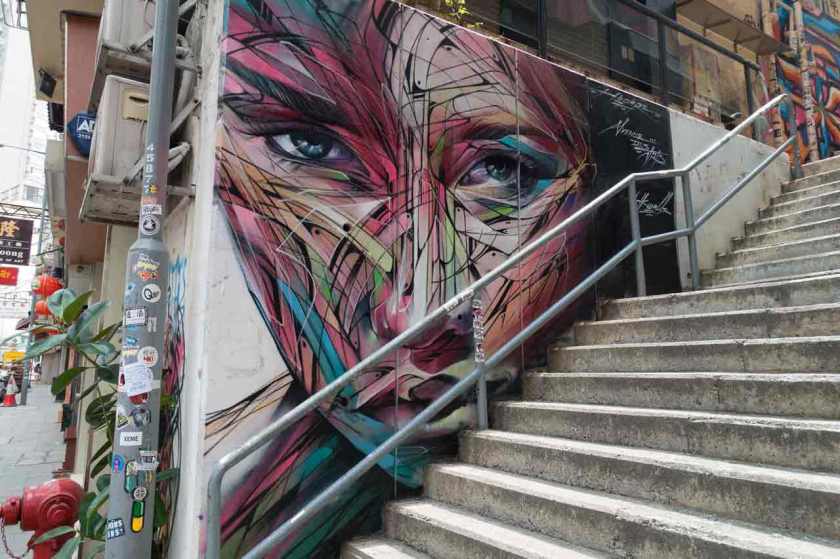 The steep stairs on many streets here makes it a bit of a hazard for the taxi drivers to get to the right part of the street. Which mine didn’t and thus letting me hobbling my extremely heavy suitcase down one staircase from one street level to another, till one very nice man rescued me and carried it down. But I believe that it’s due to these many steep staircases that make this place so special, like a little oasis away from traffic and the hoards of people. 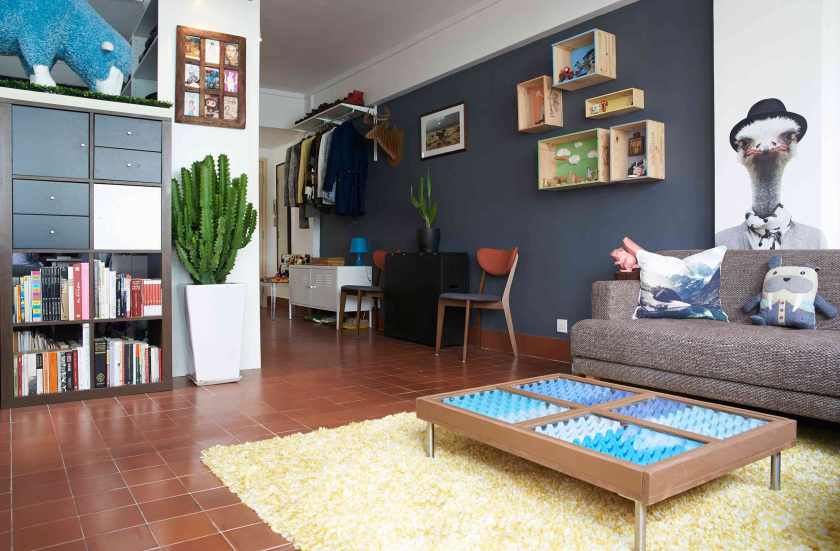 It was also in this area where I had another photo shoot that I really enjoyed, at the home of Eyal. He lives in a really fun and creative home and it was delightful talking to him. He told me that he came over his place for a song because as he believes, it has the number four as part of the street number. Four is considered a very unlucky number in this part of the world, as it sounds like the word death. And having a coffin maker in the same building also worked in his favour. More about his home and all the other homes in my upcoming book. 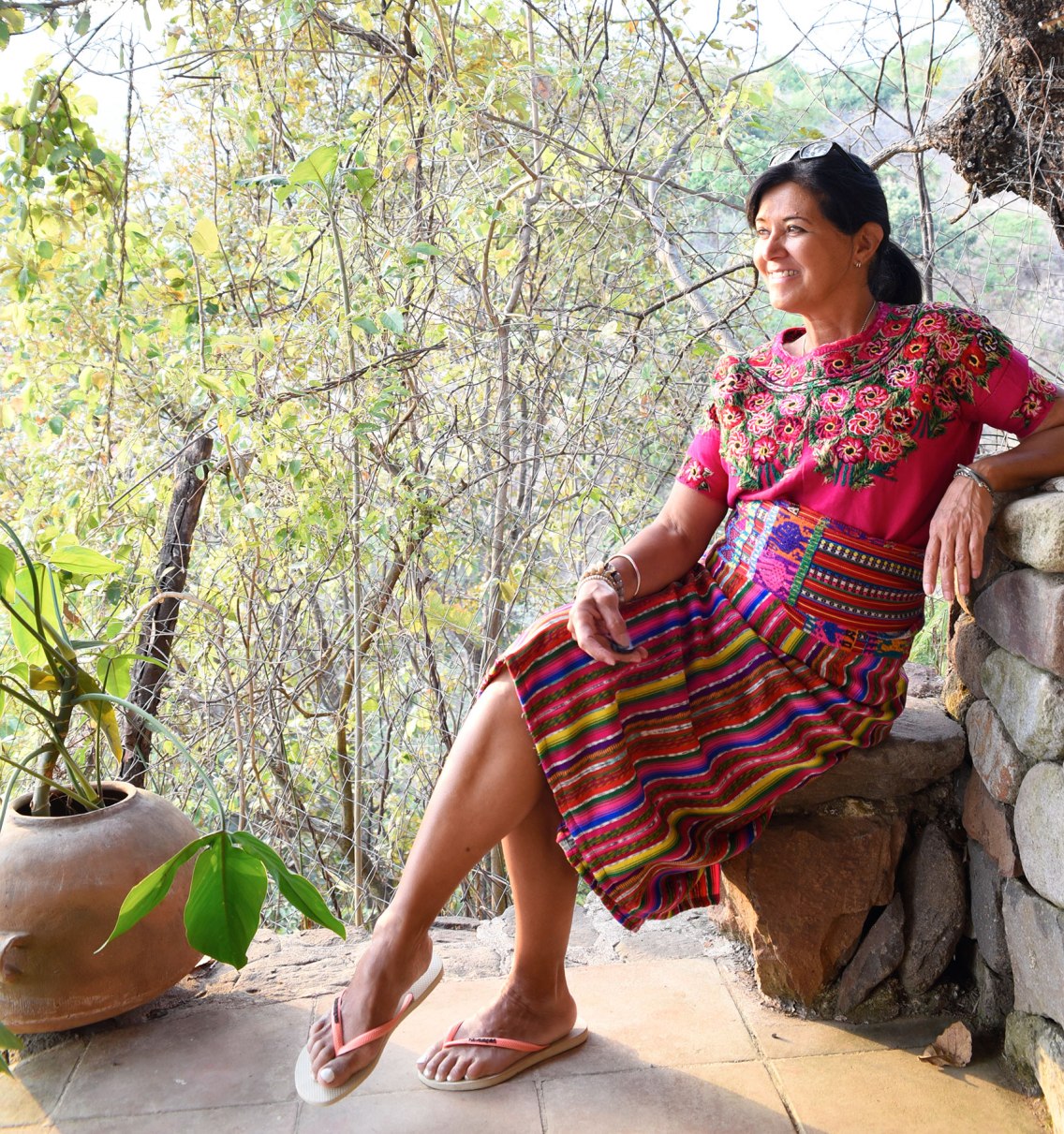